I really don't believe in allowing my feelings to be hurt or being offended.  I recognize that there are circumstances where either the person says something without thinking or knowing it would be hurtful OR people are purposely trying to hurt you, but their opinions don't matter much.  Sometimes things are said or done that just make me stop and think "Is this true?  How can I learn from this?"  So even if it hurts a bit, it's OK, because it was done lovingly.  If we spent our lives being offended by people, it would be a long, sad, hurtful life.  So I generally just get past it.  Every once in a while, though, something is said or done that just stings.  Usually it hurts because the person giving the sting is someone you care about.

Spencer's boss and a senior manager from Boeing came to Ruth's viewing.  Tracy's co-workers sent a plant.  Bert's ward rallied like crazy.  And my fix-the-world and stair-climbing work friends sent emails and made phone calls and Janece even came to the viewing.

But not one person from 2LL emailed, called, came, or anything.  Neither did Dean.  I can't explain it, but that stung so bad that I could be doubled over.  Thinking about it leaves an ache inside me and makes the tears spring to my eyes.  I know that people are busy, and I know that this was a simple, dumb oversight.  I also know that it probably should not even matter to me.  But for some inexplicable reason, it matters.  It hurts a lot.

Friday I went to work, and people were kind and asked how I, Spencer, and Bert were doing.  I felt their caring.  But I felt overlooked, nevertheless.  After work, Landon and I drove to California.  I stayed and visited for several hours, then my parents and Lando took me to the airport to fly home.  I was operating on 4 hours of sleep (in the car in a dark parking lot), the flight was delayed, and I knew we'd have a couple dozen people at our house this morning.  It was not my finest hour (it also wasn't my worst hour, but still...).  Then I walked into the house, where there was a beautiful little pink flower arrangement in a teacup with a card from the same fix-the-world and stair-climbing friends who had already given me so much love.

It still isn't from 2LL, but somehow that small act of kindness fixed a hole in my heart. 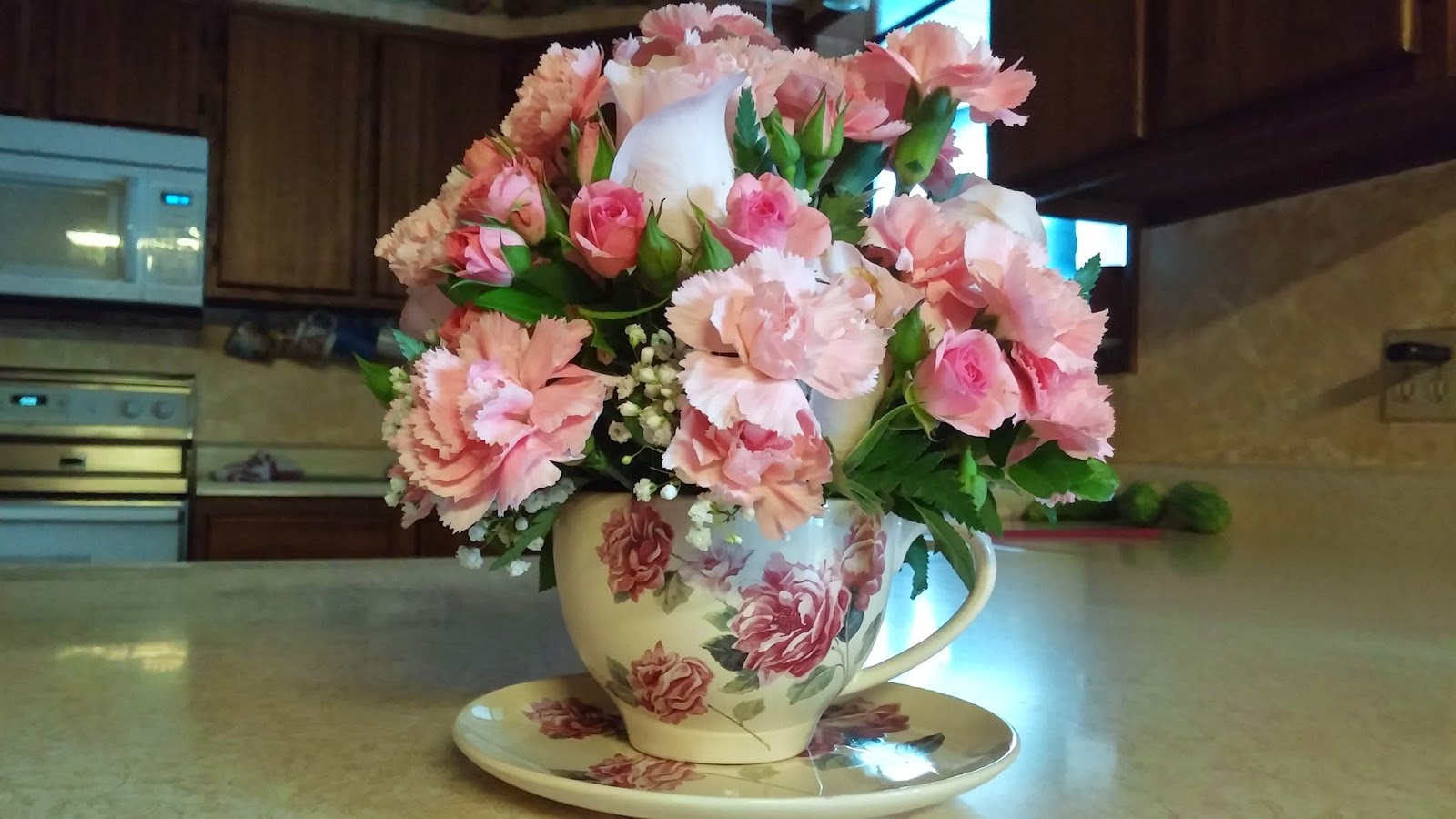